5th July will be recorded in the history of Georgia under the name of “Black Monday”. Tbilisi Pride March with participation of LGBTQ persons was wrecked. Punitive Sonderkommandos organized by the Government and Patriarchate chasing them from office to office, had wrecked the above mentioned movement. Main stroke were towards the journalists and operators who were hunted in streets of Tbilisi by government supporter pro-Fascist forces. 54 journalists and operators who were broadcasting the occurrence were beaten and injured. The majority of injured journalists and operators is hospitalized. Their technical equipment is broken. Everyone in streets wearing the colored clothes were beaten by them. Churchmen were actively appealing for break up and were participating in said process. Small number of police officers was presented and they were intervening in violent processes lately. Representatives of non-governmental organizations, oppositional parties and journalists had incriminated the State Security Service and Prime Minister of Georgia, Mr. Irakli Garibashvili for the occurrence, who had repudiated the LGBTQ Pride March in advance thus stating that this action will result in civil confrontation as the march is unacceptable for majority of the population of country. This was the apparent encouragement incurring the heavy results. Phrenetic crowd rushed into the Office of United Nations of Tbilisi, had demolished everything, threw down and burnt the EU flag in front of the Government Palace. Alliance of the Government of Georgia and progressive violent groups against the European choice is apparent.

Guilty violators have been arrested but are released after 2-3 days of imprisonment, on payment of the bail.This once again confirm that the “green light” was turned on by the Government for violators.

5th July is the day of the shame for Georgia, when the terror and fascism occurred by the name of the Government! 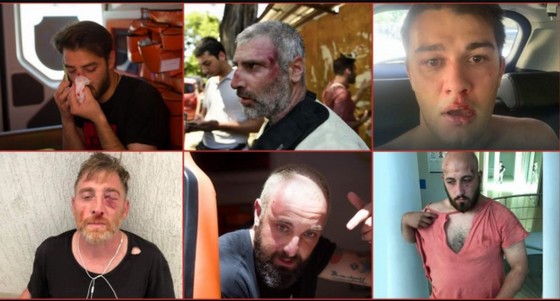 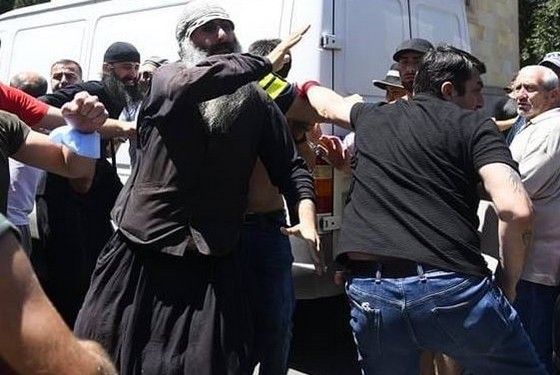